Climate Change Protests: Out of Sight Out of Mind (Updated).


You wouldn’t know it by the media coverage, but last Saturday 22 a rally for climate change action took place in Sydney.

Losing Sight of the Forest for the Trees.


To follow the daily stream of news has a risk: by focusing on minutiae -- as I tend to do -- one loses perspective of the totality. A bit the cliché of losing sight of the forest for the trees.

These last few days, as the avalanche of terrible bushfire news reduces now to a trickle, I again felt that.


Reality defies my imagination. Personally, I couldn’t make this up.


That is how the state of New South Wales looked like from space last December 9, 2019.

As I write this (February 9, 1039 AEDT), eight weeks later, there were still 38 bush/grass fires active all over NSW at “advice” level. That figure does not include 22 “not applicable” category fires.

Those fires are still active in spite of the best efforts of firefighters, who, in the last two weeks or so have been aided by nature. As it happens, we’ve had copious rain over southeast Queensland, extending now southwards along the NSW coast. 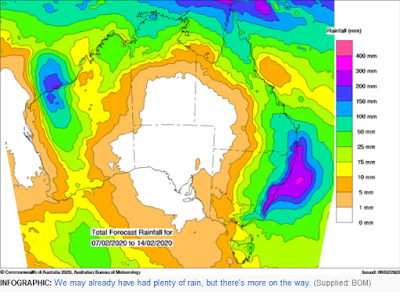 (The Bureau of Meteorology call that an “east coast low”.)