Dissecting Bernstein: the Spirit of Socialism.


Matt never spelt out what the "spirit of socialism" was. That means we are left to discuss nothing. His “argument” is unassailable, because there’s no argument.

Eduard Bernstein was more forthcoming. Although he didn’t use that phrase himself, he defiantly put his attitude towards socialism this way:


“I frankly admit that I have extraordinarily little feeling for, or interest in, what is usually termed ‘the final goal of socialism’. This goal, whatever it may be, is nothing to me, the movement is everything.” (p. xxviii)

Again he repeated that, almost verbatim, ten years later in the Preface to the English edition (Evolutionary Socialism).

Dissecting Bernstein: Bernstein and the International.


In the previous posts of this series we've been commenting on a series of claims for the resurrection of Eduard Bernstein as anti-Marx champion for the left.

This is the third such claim. As payment for his selfless efforts to update Marxism, Matt says, poor Bernie was almost/fully “drummed out of the International”.

The short answer:
This one is doubly wrong, which in itself is a record: two howlers within a five-word phrase. Both the what and the where are wrong.

The where: International Working Men’s Association was not a big international party (just to be on the safe side, I probably should add that it wasn’t a shadowy, sinister conspiracy like the mythical Elders of Zion, either). It was founded by working men’s societies (trade unions, clubs, cooperatives, and such) and such societies could join it, leave it or be expelled from it.

During the 1890s there were many “mainstream Marxists” mad at Bernstein (less, however, than you’d imagine). They would have been a whole lot madder if they knew his story in detail, but they didn't. Some of them did demand Bernstein’s expulsion, but not from the International: from the SPD.

(By now, even readers sympathetic to Matt must be starting to see a pattern of sloppiness emerging: Marx = Engels, the International = SPD, dates don’t matter.)

The long answer:
What actually happened and why it happened, however, are more instructive.

Dissecting Bernstein: Bernstein in the 1910s.


Last week we examined one of Matt's claims for the resurrection of Eduard Bernstein. Today we'll consider another one. In Matt's gospel, Bernstein had been a Pharisee. He, however, had an epiphany and converted to Reformism. According to Matt, Bernstein heard the words "Eduard, Eduard, why persecutest thou me" as early as the "1910's".

How Does it Feel When big Business has too Much Power?

... Much more than you imagine.


According to Matt, Bernstein was one of Marx's literary executors. Is Matt right?

I can, however, be generous to Matt. So, to save time, I'll put it plainly: that's just a brain fart, embarrassing, but by itself it doesn't demolish the whole of his argument. It does say something, however, of his and Bernstein's credibility.

I can afford generosity, because what's telling is how I learned the right answer. Rather funny, actually. 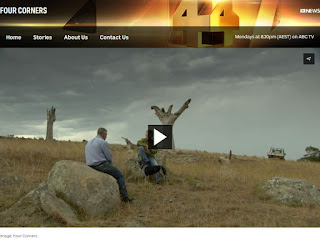 An Online Argument for Bernstein's Resurrection: a Dissection.


To critique something, one must first understand what we are critiquing: what does what, how things fit together, what goes where.

That's what we are going to do now with Matt's comments.